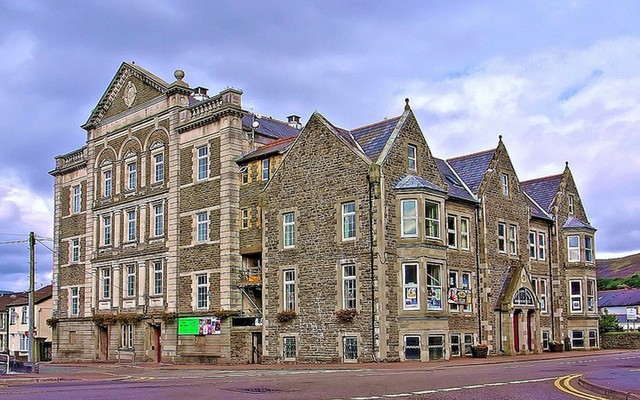 In the 1990’s it became the Parc and Dare Theatre and was operated by the local Council. Today stage shows and films are presented and it is home to the Treorchy Male Voice Choir, the Parc & Dare Band and Rhondda Cynon Taff Community Arts.

Park and Dare sounds like a couple of my drive-in dates in the late 70s.

Photographs of the Park & Dare as it prepares for next years Centenary celebrations in 2013:–