Paramount Center for the Arts

Paramount Center For The Arts (Official) 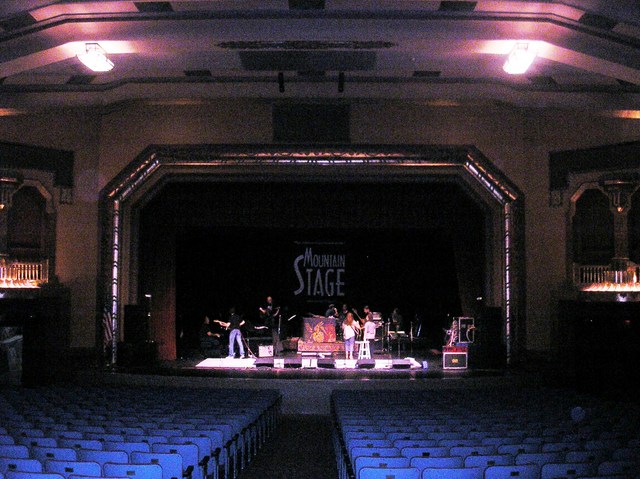 The Bristol Paramount Theatre opened on February 20, 1931 with Carol Lombard in “It Pays to Advertise”. It is unusual for the fact that it sits right on a state line, on State Street, which is appropriately named, because it divides the states of Tennessee and Virginia.

Seating 765, the Paramount Theatre originally hosted both stage shows and motion pictures, and also contained a Mighty Wurlitzer organ, which was lifted hydraulically from the orchestra pit to stage level, played at the opening by organist Jean Van Arsdale. In April 1932 the Wurlitzer console was destroyed by a fire and it was replaced by a Kimball console. By the early-1940’s it was operated by Paramount Pictures Inc. through their subsidiary Wilby-Kincey.

The Paramount Theatre is decorated in a stunning Art Deco style, with touches of Venetian Renaissance décor inside.

In August 1954, when a CinemaScope screen was installed, the ornate proscenium arch was damaged and the Wurlitzer organ was taken out. The theatre continued to screen movies until 1979, when it was shuttered after decades of being the premier entertainment venue for Bristol.

The Paramount Theatre’s restoration began in the 1980’s, and more than $2 million was spent on returning it to its former splendor, including enlarging the depth of the stage to 36 feet (by knocking out a rear wall), recreating the long-lost marquees, including a two-story tall sign spelling out the theatre’s name which soars over State Street.

For over a decade now, the Paramount Center for the Arts, which it is now officially known as, has hosted everything from Broadway shows like “Annie Get Your Gun” to concerts by Hootie and the Blowfish and Emmylou Harris, and is also the home of several local organizations, including Theatre Bristol, the Piedmont Theatre Organ Society, the Bristol Ballet Company and the Bristol Concert Choir. The Paramount Center for the Arts is also used for civic functions and conferences.

The Paramount Center for the Arts is listed on the National Register of Historic Places.

A 1992 view of the Paramount Theater in Bristol.

I was in Bristol on Saturday and saw this lovely theatre. I have taken a picture to post, but unfortunatley I don’t know how to do it since the add a photo link is offline.

From the 1950s a newsprint photo of the Paramount Theater in Bristol.

The NRHP Registration Form for the Bristol Commercial Historic District, which includes the Paramount, attributes the design of the theater to an Atlanta firm called McDonald & Company.

CinemaScope Is Installed At The Paramount Sometime In August 1954. Various Places (Including The World Famous Snipe Maker Filmack Of Chicago) Congratulated The Paramount Theatre For Their CinemaScope Installation.

I first saw this theatre in the late ‘70’s and was told by the owner that it was the second to last Paramount built. The theatre does not have a true balcony but does have raised seating in the rear rows. I don’t remember if the raised seating had always existed or if it was created during the 80’s renovations. I do remember though that the theatre was in reasonably good shape when I saw it in the 70’s. The staff at the Paramount is friendly and gave me a tour of the theatre when I visited 2 years ago.

The Paramount-Publix Operated Paramount Theatre Opened On February 20, 1931 With “It Pays To Advertise” Along With A Talkartoons #17: Betty Boop And Bimbo In “Teacher’s Pest”, And Paramount News (Including Performances By Jean Van Arsdale In The Paramount’s Organ).

Is the bio box still there and anything in it?