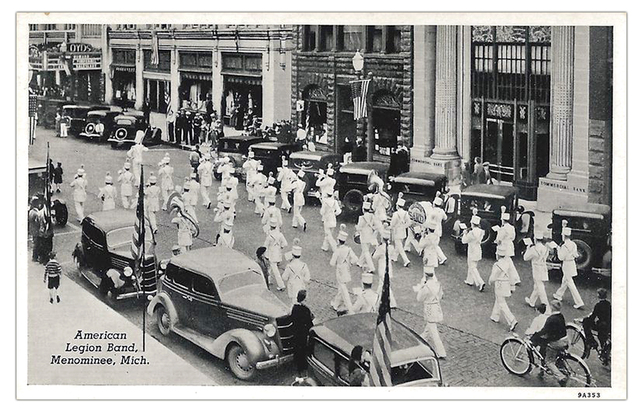 The Lloyd Theatre opened in October 1926. It was twinned in the 1980’s and was closed in 1997. The building is currently used as an antiques store.

From the 1940s a photo postcard view of Lloyds Theatre

Film Daily Yearbook of 1951 lists as having 838 seats but also lists it as being on Kurby St. I wonder if this was a typo in the yearbook (quite possible) or a different location? Does anyone know?

I have the 2 Manual / 7 Rank Barton Theatre Organ that was originally installed in the Lloyd Theatre. It is currently being restored (2018) and getting ready for installation in a new home.

Once it is ready, I will report it here and its new home.

At some point in time it was operated by the Thomas Theatre Group along with a dozen or more other Michigan theatres.

The 1927 obituary of Marshall Burns Lloyd says that the Lloyd Theatre opened in October, 1926.

The Lloyd was twinned in the 1980s, and managed to remain open until 1997. It was last operated by Rogers Cinemas. In 1998 it was converted into the Timeless Treasures Antique Mall. The antique mall retained the theater’s final marquee. Photos can be seen on this page at Water Winter Wonderland.

For a brief time in the 1930s, Lloyd’s Theatre was operated by Warner Bros., whose five year lease was noted in the August 15, 1933 edition of the Marinette Eagle-Star. Warner’s operation didn’t last the entire five years, though, as a headline in the May 31, 1934 Eagle said that the Braumart Theatre Corporation of Iron Mountain had taken over the house.