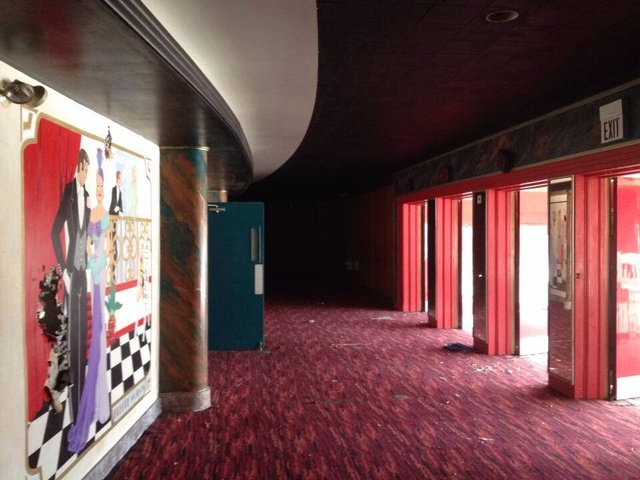 The 1,600-seat Westmont Theatre opened on September 5, 1927 with Lon Chaney in “The Unknown”. Every Sunday a 120-piece orchestra performed along with what may have been the largest organ in New Jersey at the time. It cost $25,000 and was manufactured by the Lenoir Organ Company of Philadelphia, headed by Benjamin F. Lenoir. The opening organist was Monroe Hilbert.

By 1941 the Westmont Theatre had been taken over by Warner Bros. Circuit Management Corp. and was listed as (Closed). The theatre remained closed during World War II, but reopened in 1949 when it was renovated into a 1,200-seat first-run movie house.

The theatre was part of the Milgram chain and was then known as the Westmont Theatre.

According to the Courier-News, “Steven Spielberg, who lived in Haddon Township and attended Edison Elementary School in Haddon Township when his father worked at RCA in Camden, credits seeing "The Greatest Show on Earth” at the Westmont Theatre in 1952 at age five as what inspired him to become a director."

The Westmont Theatre closed in 1979 and reopened as a twin later that year.

It was later purchased by Raymond Posel, who owned/owns a number of theatres in the Philadelphia area. Unfortunately, this Posel house only lasted until 1986.

Today, the theatre seats only 300 – the balcony, hidden by a false ceiling, is used to store costumes.

The February 27, 2008 Courier-Post reported that Haddon Township is looking for a new developer to reopen the Westmont Theatre. There is also concern about the marquee, which may be removed.

In July 2012, the nonprofit Friends of the Westmont were encouraged by a report commissioned by Haddon Township, by DF Gibbons Architects of New York City, which determined that it would cost $3.1 million to refurbish and restore the Westmont Theatre so it would be ‘close to its original state’. It was converted into a Planet Fitness gymnasium in 2016.

The Westmont Theatre was listed on the New Jersey Registry of Historic Places on July 8, 2010.

When I was a kid, I lived about 5/6 blocks down the street from the theater. I still remember those Sat afternoon SF double features with 6/8 cartoons and the latest episode of Flash Gordon, Tarzan or someone. All for less than a dollar as I recall.

As a grownup, I was around when the split the theater to make it a twin and in fact the last movie I saw there was Murphy’s Romance with James Garner and Sally Field in 1985 or 1986. Probably one of the last movies they screened. Saw it with my wife and I think there were a total of 5 paying customers besides the 2 employees who also watched it.

There was an article in the Philadelphia Inquirer on Dec 28th about future plans for the theater.
View link

Saw ALTERED STATES, EXCALIBUR, ANDY WARHOL’S FRANKENSTEIN in 3-D, COMING AT YA in 3-D, TREASURE OF THE FOUR CROWNS in 3-D and the original THE EVIL DEAD at the Westmont. Had to go through HALLOWEEN producer Debra Hill’s hometown of Haddonfield, NJ to get there.

A $50,000 grant from the New Jersey Historic Trust “will help pay for the first comprehensive study of the physical condition and redevelopment potential” of the theater. Philadelphia Inquirer story here.

Results of the study are in: restoration would run about $3.1 million. Philadelphia Inquirer column here.

A buyer, perhaps—but for what use? Philadelphia Inquirer story here.

It’s unfortunate that nobody seems to have gotten a really good color nighttime picture of this theater, as the marquee has pink and green neon and is huge for a suburban house. This one is all I could find.

The original marquee wasn’t too shabby either.

Philly.com story on downtown Westmont includes a picture of the theater. Planet Fitness has moved in, keeping the marquee but apparently changing the colors.

65 years ago Speilberg went to see his first movie that made him want to be a director. 35 years ago next Sunday marks the release of ET. Did this movie play at this theater?

Sorry, Moviebuff 82, E. T. Did not open at the Westmount, Three others in South Jersey. 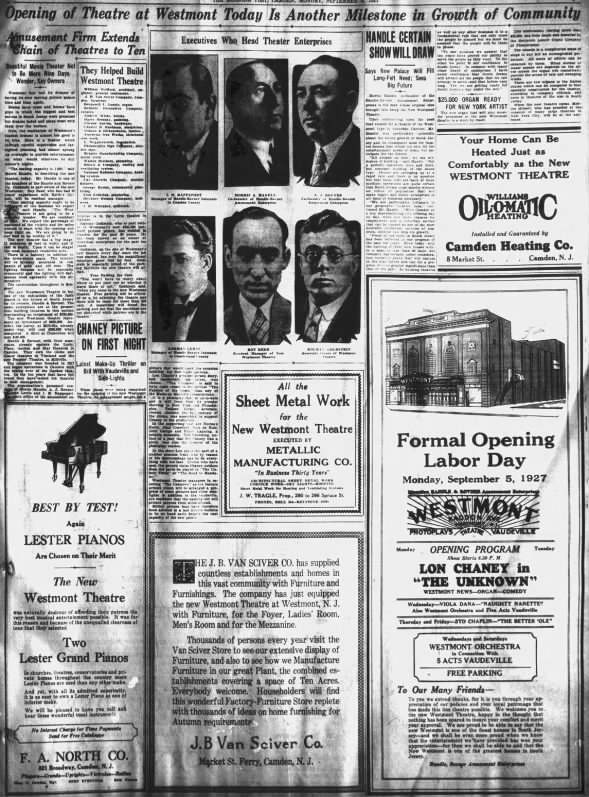