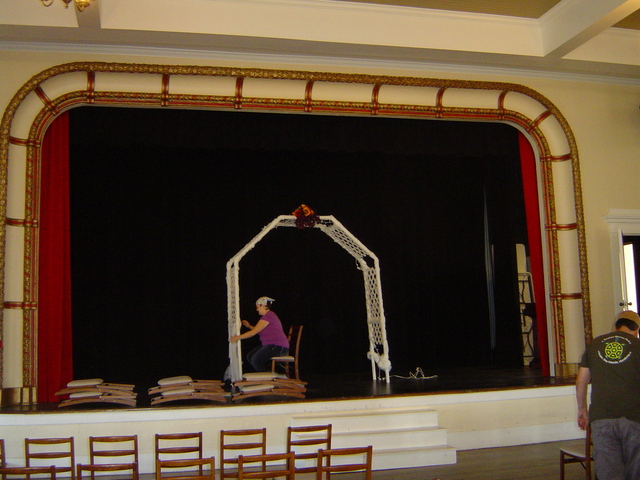 Designed by architect Walker Willis, this theatre opened as the Milton Opera House in 1912. It was renamed the Imogene Theatre after seven-year-old Imogene Gooch when her family bought the theatre in 1921. The theatre closed in 1946, unable to compete with a newer theatre in town. In the 1980’s the Santa Rosa Historical Society bought the long-closed building and restored it, opening a museum in parts of the building once used as retail space and a post office.

On January 7, 2009, a major fire destroyed a building adjacent to the Imogene Theatre. The theatre suffered fire, smoke and water damage, but it is reported to be structurally sound and efforts to repair the damage began.

Restoration was completed in 2012 although it wasn’t until 2016 that the Imogene Theatre reopened as a multi-use, live event venue. It still has a screen, but movies are not programmed.