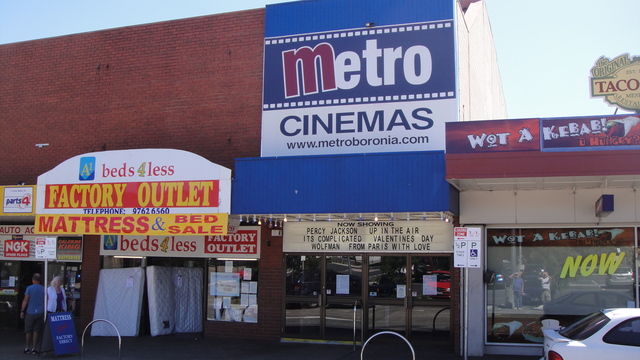 Located in Boronia to the east of Melbourne, the Electra Cinema opened in 1952 as a 371 seat, single screen cinema. It was rebuilt as a twin cinema and shopping arcade in 1979 by Village Cinemas and operated as the Village Twin. The shops were downstairs and the cinemas upstairs with seating provided for 331 and 350. This was closed in 1989.

It was taken over by Century Cinemas and expanded into 4-screens in around 1990, then Village Cinemas took over again. It closed for a while, then re-opened in 2004 as the Regent Cinemas. This was short lived as it was closed by the local council in October 2004, for breaching safety regulations.

Taken over by by the independent, family operated Metro Cinemas. It re-opened on 30th June 2005 as Metro Cinemas Boronia.