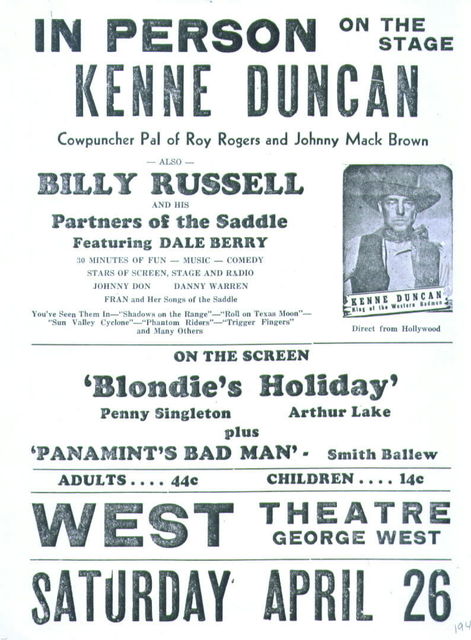 A Feb 2009 Shot HERE Notice the front entry way has changed. Looks like some work going on inside.

Truck parked right in front the first day I went by, was much more crowded the 2nd time I went through a few days later.

This large house was originally called the West Theatre (see the official website), which was described (but not illustrated, unfortunately) in Boxoffice Magazine, January 4, 1947. The Art Moderne house was designed for Mr. W.D. Glasscock by the San Antonio architectural and engineering firm Spillman & Spillman, with Beverly W. Spillman lead architect. The West originally had 650 seats on the main floor and a balcony seating 250.

A different page of the same issue of Boxoffice said the West Theatre had opened on New Year’s Eve, and that the project had cost $75,000.

There’s a misspelling in the architect field above. Mr. Spillman’s first name is spelled Beverly, not Beverley. Apparently there’s no differentiation between male and female forms of the name in America.