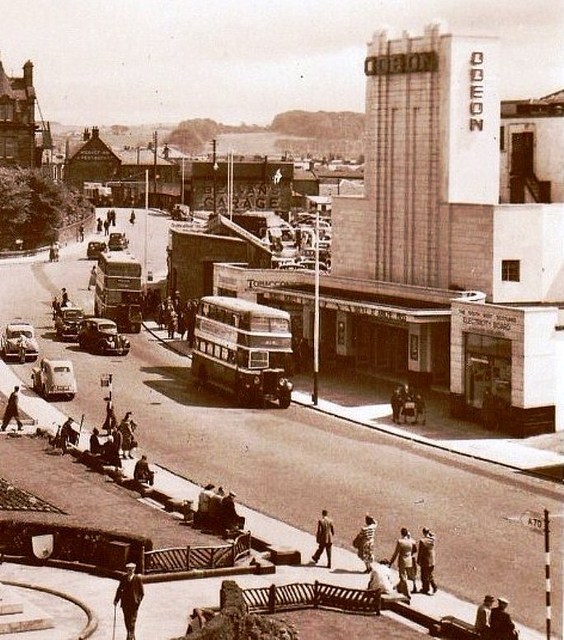 The Odeon opened on 30th July 1938 with Ronald Colman in "The Prisoner of Zenda". It was built for and operated by the Oscar Deutsch chain of Odeon Theatres Ltd.

The facade is dominated by a square tower. Inside the auditorium, seating was provided for 1,732 (1,303 in the stalls and 429 in the circle). The Art Deco style was rather plain, with a stepped cieling containing square shaped laylights, and three horizontal bands along the side-walls. On the splay walls each side of the proscenium opening was a ‘U’ shaped plaster feature. In its later years as a single screen, the splay walls were curtained over.

The Odeon was converted into a triple screen cinema from 19th July 1987, with 433 seats in the former balcony, still using the original proscenium and projection booth, and two 138 seat cinemas located beneath the balcony in the rear stalls. In 1992 a fourth screen was added in the former front stalls area seating 449. The former balcony screen had new screen installed in its front section and the seating capacity was reduced down to 386.

this building is still there i visited it back in 1971 as i sa w the Disney film Million Dollar Duck. yours Bob Kincaid