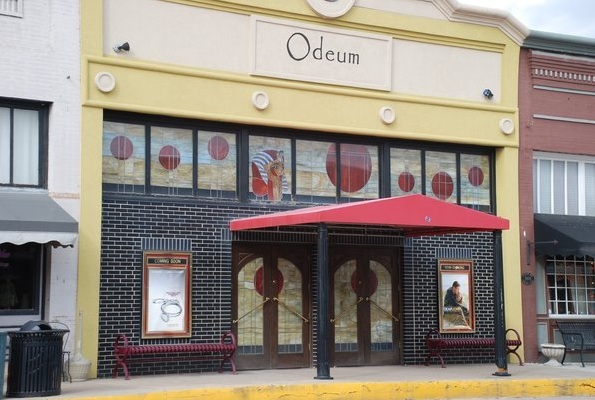 The Odeon Theatre was opened by Magnum & Moorehead on May 22, 1914. In the early-1920’s it was purchased by B. Legg & Roscoe Pace who operated it until February 11, 1926 when they sold it to Robb & Rowley. It was remodeled and renamed R&R Theatre. In 1927 it was sold to Theodore Miller and was renamed Palace Theatre. In the mid-1930’s it was sold to Clay Horton & Joe Johnson who then sold it on to Marshall N. Hasty.