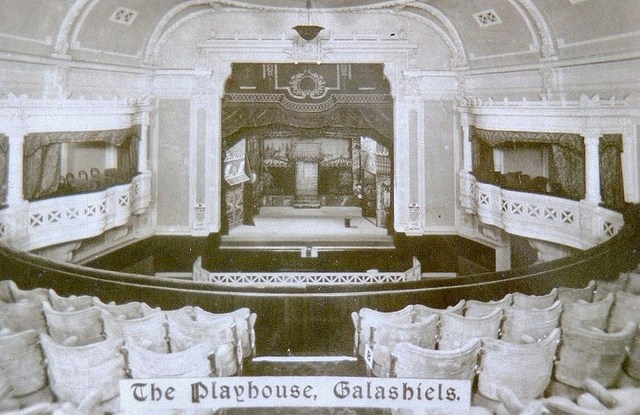 Located on the Market Place at 44 High Street. The Playhouse opened on 10th May 1920 with a stage production of “The Mikado” by the Galashiels Amateur Operatic Company, and a seating capacity of 1,032. It had a 30ft wide proscenium and the stage was 22ft deep. Within weeks of opening it was taken over by Thomas Ormiston cinema chain in June 1920 and the first film screened was Jack Holt in “Flight”. It was taken over by Associated British Cinemas(ABC) in 1936.

It was taken over by an independent operator from 3rd May 1969, and was re-named Capitol Cinema in August 1969. Taken over by the J.B. Milne Theatres chain, the building was sub-divided and re-opened as the 400 seat Kingsway Cinema & Leisure Centre, with an All Square Bingo Club and a dance hall also operating in the building.