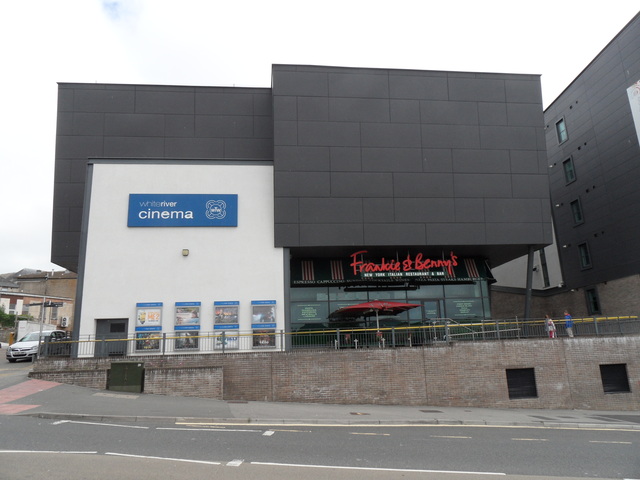 I’ve just had a look at the WTW website, and these look really nice. It’s interesting to see the projection facilities for two of the screens, and that they’re using Westar towers, rather than the ubiquitous cakestands. I was also fascinated to see that the towers are set at 45 and 90 degrees to the projectors. I had experience of early Westar towers at Studio 1&2 in Guildford, which were vicious with their film handling on startup – due to insufficient tension on the takeup reel, causing frequent breakages – so I can only assume those problems have been sorted out by now!

The White River Cinema was designed by the Bolling, Cheshire, architectural firm NBDA Architects. Here are photos of the cinema at the firm’s web site.

Despite the date in the camera data, my photographs were taken in June 2013.