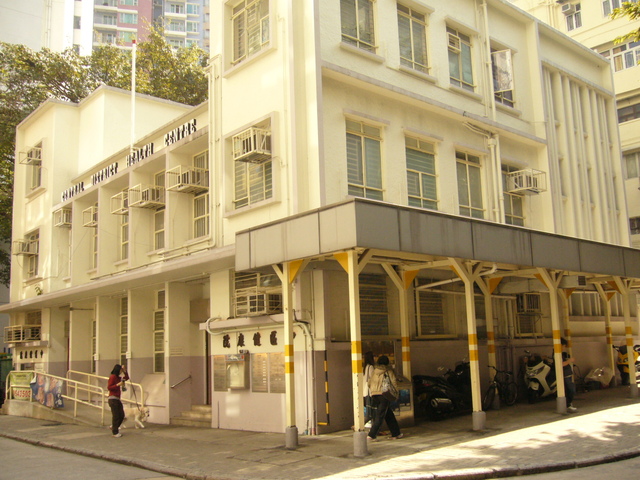 It was built by wealthy Chinese businessmen, and its building was modelled after European style theatres, with electric fans and lights installed. The seats of the theatre were bought from an US company. Its auditorium with stalls, circle and gallery was on the ground floor of the theatre building.
According to an advertisement published by the Chinese language Chinese Mail on 12th October, 1911, the theatre had segregated seats for the ladies.

It opened to business on 26th September 1911, with the performance of Cantonese opera. Besides stage performances, films were also shown at the theatre. In May 1934, the Kau Yue Fong Theatre was leased by the Hong Kong Government to a new company, it was refurbished and its apparatus was upgraded, and talkies could be shown thereafter. During the war years, only films censored by the Japanese Armies could be shown at the theatre. After the electricity supply was suspended on 20th August 1944, it closed to business temporarily. The theatre re-opened at an unknown date after
the end of WWII, and showed selected films until its closure on 1st August 1949.

In April 1951, the theatre had been demolished, and the site remained vacant until it was occupied by Mainland China refugees in late-1952. By 25th October 1957, the refugee huts erected on the site were demolished, and a government clinic was built on the site in 1958.

In June 1945, the cinema served as a temporary shelter for those displaced by the bombardment of the Central by the Allied Air Forces.