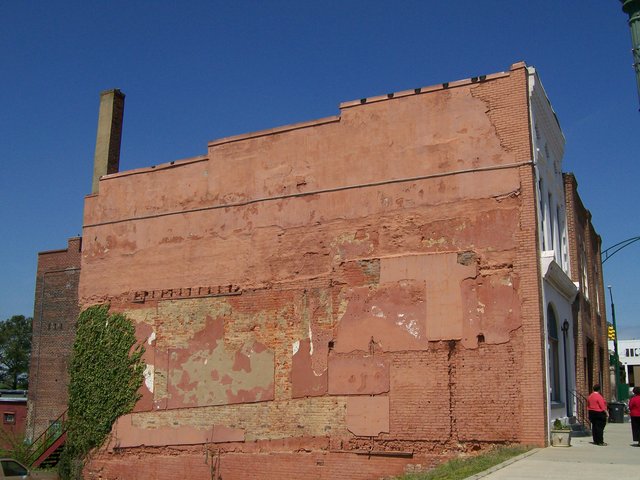 Plans for this theatre were announced Feb. 5, 1942 in The Monroe Enquirer. It opened in "record time" June 1, 1942. Camp Sutton, a temporary U. S. Army camp was the cause of this. Too many soldiers and not enough entertainment diversions! Now little Monroe would have three movie theatres, the Center Theatre, the Pastime Theatre, and the State Theatre.

This second State Theatre, also overseen by Wheeler Smith, was on N. Main Street at the former site of the Woolworth’s. With 550 seats, 22 cents adult admission, the first movie: "True to the Army". Smith & his staff did double-duty in the beginning, running both the Center Theatre (which opened in 1940) and this one. It had a marquee which featured the name of the theatre on three sides. Manager’s office located in the basement. In 1952, Stewart & Everette Theatres would take over operations, renovating it and changing the name to Monroe Theatre.

The Monroe Theatre was closed in 1958 and was later demolished.