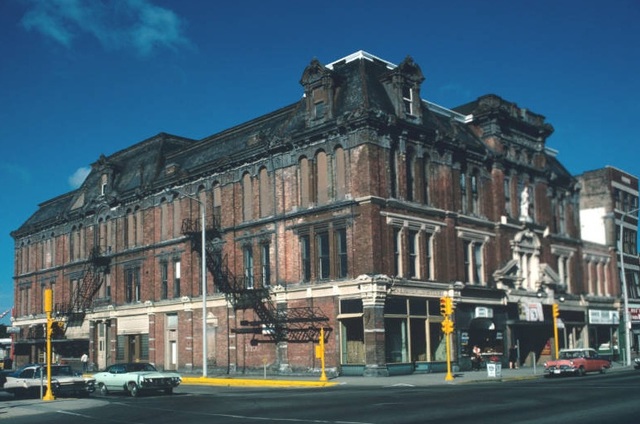 The January, 1987, issue of Boxoffice Magazine announced that the City of Elkhart had ordered the demolition of the Bucklen Theatre building. A part of the theater’s roof had collapsed in March, 1978. This had been repaired, but another section of roof collapsed in December, 1981. Attempts to raise money to restore the venerable house were made, but had been unsuccessful.

The Elkhart Opera House had opened on September 29, 1884, with Mr. and Mrs. George S. Knight & Company appearing in their comic play “Over the Garden Wall,” which had been a great success in many cities across the country that year. Movies were first shown at the Opera House in the late 1890s, but the Boxoffice article fails to say when the theater became a full-time movie house.