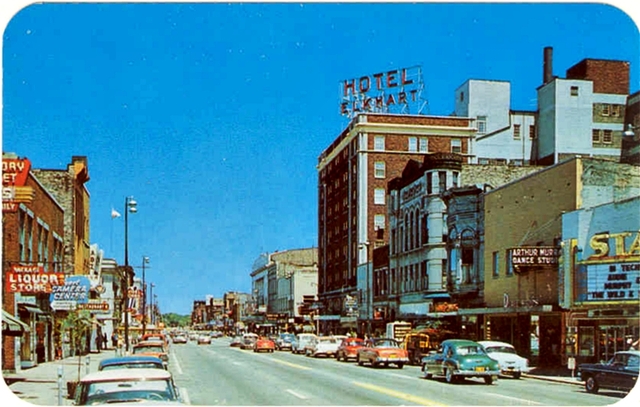 The State Theater dates back to it opening in August 1940. It was still operating until 1979 or later. After closing the building was used as a church. In 2008 the building became home to a bar/restaurant named the Mad Anthony Brewing Company. By 2019 it is the Five Star Dive Bar.

The June 9, 1951, issue of Boxoffice said that N.N. Bernstein, operator of the State, had closed the theater on May 26, with no plans to reopen. Bernstein closed three additional houses the same weekend, in Hammond, Indiana, and in Waukegan and Harvey, Illinois. He cited losses due to competition from television and drive-in theaters.

The item also noted that the State had been built in 1940, and had opened in August of that year.

It’s now called the Five Star Dive Bar. Still has the front facade, not sure what the interior’s like these days, but they do have bands play sometimes.