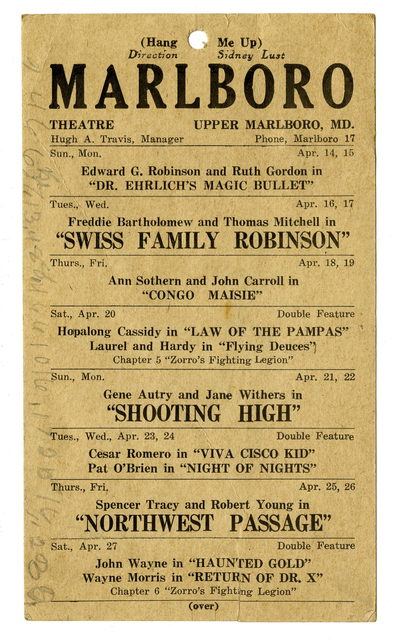 Built for Sydney Lust, the Marlboro Theatre opened January 6, 1938. It had a balcony for the use of African-Americans, which had its own seperate cashier.

The Marlboro Theatre closed in 1952 and is now in use as a newspaper office.