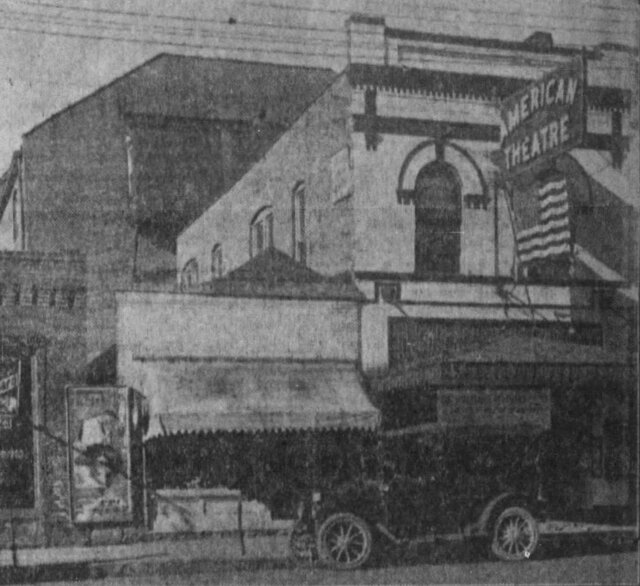 The American Theatre was opened December 20, 1909. It was closed on July 26, 1919. It was demolished and the Kahl Building which contained the Capitol Theatre was built on the site.

This page from Facebook user Davenport Iowa History has a photo of 3rd Street west from Harrison Street taken “about 1908” showing the American Theatre in the distance.

In Davenport City Directories from 1909 through 1918 The American is listed at 324 W 3rd St. This theater was torn down to make way for the erection of the Kahl Bldg. The Kahl originally was a large office building which also housed the Capitol, an opulent theater boasting more than 2000 seats. A local newspaper article once claimed that the American was later the Col, a ballroom on W 4th St. This misunderstanding is probably due to the fact that Col and Kahl are homonyms.