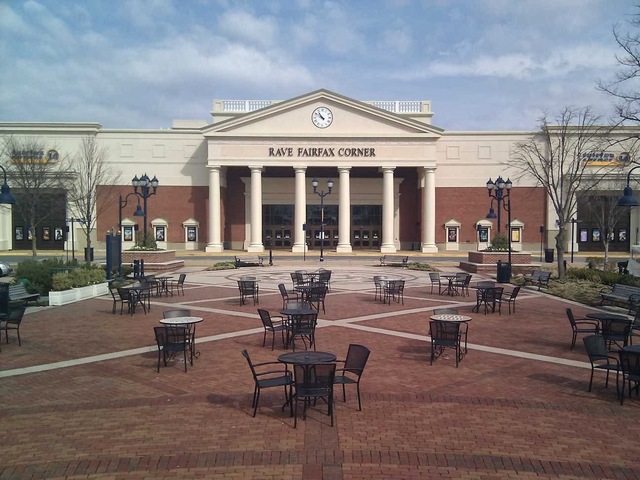 The Cinema de Lux is National Amusement’s top of the line cinemas. It is one of the few cinemas within a fifty mile radius of the nation’s capital fully equipped with DLP (remarkable in that a majority of multiplexes in Nashville, TN are digital). The Cinema de Lux also features stadium seating, 3-D Digital, giant screens, Dolby Digital EX, and a food court.

screen 6: will be showing ‘The Hobbit: An Unexpected Journey’ in ‘high frame rate’

screen 9 has not been upgraded to playback the film as such.

screen 6 has me worried because when I saw ‘Titanic’ there, the light output was on the low side thus resulting in very little 3D pop and depth. ‘The Bourne Legacy’ on screen 9 though had great detail due to better brightness (unfortunately the movie was rather crappy).

screen 6 and 9 have now been updated to playback Auro 11.1 mixed movies.

It makes sense but I didn’t realize that screens 7 and 8 are roughly the same size as the Xtreme auditoriums – 7 can sit a whopping 521 patrons. The only difference is that the screens on 6 and 9 takes up more of the wall. DisneyNature’s ‘Monkey Kingdom’ today looked and sounded (albeit in 5.1) magnificent on Screen 7 – what a treat to see a nature doc on a truly ‘large’ screen

so I don’t know where I had read that screen 9 was upgraded to playback Auro 11.1 sound, well, that’s not the case. Went today to see ‘Everest’ / screen #9 and were there side surround height channels? – no… ceiling speakers? … no. In fact only auditorium 6 has the Auro system. There were/are plans to upgrade the system as such, but apparently its still forthcoming. (went over to the Egyptian instead – since ‘Black Mass’ was on screen 6 instead – why not just flip flop the two [shrugs]).

The ‘Rave Xtreme’ auditorium has been rebranded to ‘Cinemark XD’. The theatre is now called “Fairfax Corner 14 and XD”.

I haven’t been here in awhile, but what’s going on at this theater complex? I thought there were two prior ‘Xtreme’ screens, are they both XD now or has one gone back to just being a standard large screen. Also it seems odd that as of this posting they appear to be only six screens in use – are there upgrades/renovations going on? Cinemark could in my opinion upgrade the seats, make all sound systems to be 7.1. Shame Cinemark sealed the deal with Barco and Auro, the latter being crushed by more movies being mixed and released in Dolby Atmos.

The name for this location should be updated to ‘Cinemark Fairfax Corner & XD’. It is no longer branded as a Rave location.

Cinemark re-modeled this complex in 2017 with reservable recliner seating in all fourteen auditoriums as well as new wall coverings in the largest auditoriums, new carpet throughout, and new screens. This theater is an anomaly in the DC area as most of its screens (10 out of 14) are side-masked, however the new screens Cinemark installed in many auditoriums are slightly taller than 2.39:1, meaning that scope films are slightly letterboxed. Regardless, this is one of the nicest cinemas in the area with some of its largest screens, especially for scope films. Auditoriums 7 and 8 are the largest with capacities of 293 and 278 and also have wider screens that the XD auditoriums (6 and 9, which are taller but narrower and seat 221 and 219). I have also noticed good surround sound quality here, particularly in theater 7. The XD auditoriums are equipped for Auro 11.1 but few films are mixed as such with Dolby Atmos clearly having won the immersive sound battle.

There is also a restaurant/bar area in the lobby, Cinemark’s Studio Eats Bar & Grill. Total seating capacity is 1,960.

I was there a week ago for ‘Army of the Dead’ on one of the XD screens, I thought it looked fantastic. My understanding is that the projectors are Barco 4K laser. It’s a shame that Cinemark made the XD screens as Auro3D, they really should be Dolby Atmos, but that’s more of a personal preference.