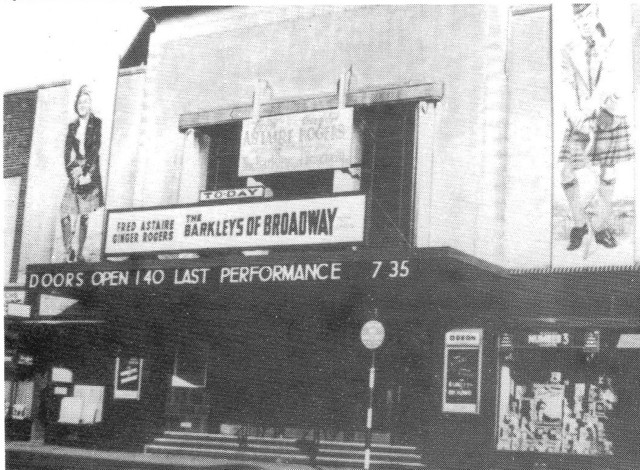 The Cinema Palace opened on 26th December 1912 with all seating on a single floor. It was re-named Barnet Cinema from 9th October 1926, and received a redecoration in an Egyptian style, plus a balcony had been added. The proscenium was 33 feet wide. The cinema was equipped with a 16 feet deep stage and 2 dressing rooms.

The Barnet Cinema had another redecoration in July 1933, and lost its Egyptian style interior. The facade was re-modelled in a plain Art Deco style and it gained a cafe and dance hall over the entrance in 1934. It was acquired by the Oscar Deutsch chain of Odeon Theatres Ltd. in December 1936. Despite the fact that the Barnet Cinema was better located in the centre of the town, it became secondary to the new Odeon Theatre which had opened in 1935, down the road on the edge of town. The Barnet Cinema began playing the Gaumont release films and was re-named Gaumont from 10th January 1955.

The Rank Organisation closed the Gaumont on 22nd April 1959 with "The Mouse that Roared" and "Juke Box Rhythm". It was demolished in 1961 and a Waitrose supermarket was built on the site, later an Iceland store.