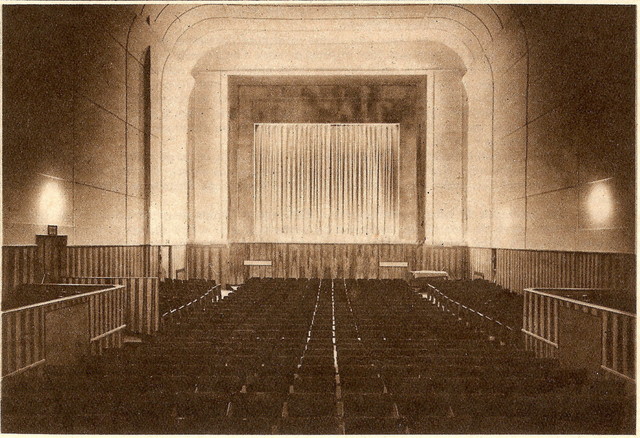 Built in 1919 on the site of Saint Gilles covered market. It opened in 1920 and in the 1930’s it was operated by Joseph Wecks who also owned the Elysee Cinema opposite in Chaussee de Waterloo 94. It was taken over in the 1950’s by the Rahm Circuit until it closed in around 1971. Since then it became a supermarket named Match.