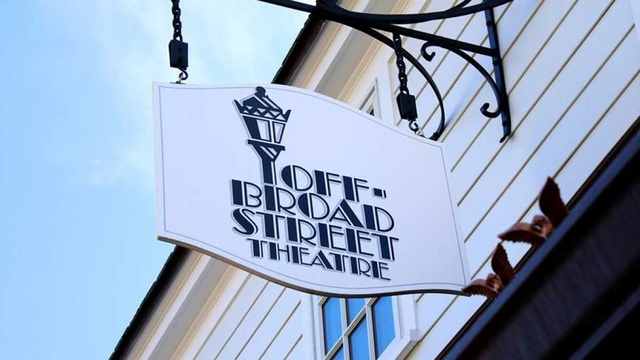 From around 1880 to 1939, Columbia Hall hosted lectures, performers and films on its second floor. The first floor was for community groups, the Fire Department and Borough Council meetings, and to hold elections. In 1939 that building was demolished to build a new building, a movie theatre called the Colonial Playhouse which opened in 1940 and had a Colonial Revival style lobby. Seating was provided for 345. Movies were shown into the 1950’s. Herbert Laird ran and presented film from 1924 to 1951 at the previous Columbia Hall and then at the Colonial Playhouse.

From 1960 to 1984, George Gallup of the famous Gallup polling group owned and used the building to conduct public polling. From 1984 until December 31, 2016, the building was operated and eventually owned by Julie and Bob Thick as the Off-Broad Street Theatre, which provided musicals, dramas, comedies and desserts.

In 2015 the Thicks sold the building to new owners who built a balcony and since 2017 operate the theatre as the Hopewell Theater. There are live shows and independent movies. Including the balcony, the theatre has 176 seats.

Contributed by tc, Howard B. Haas
Get Movie Tickets & Showtimes

Here is a March 1941 ad from the Hopewell Herald:
http://tinyurl.com/pfpbwh

The Colonial Playhouse has been open for the past 25 years as the Off Broad Street Theater. It operates as a dessert theater featuring live theater such as musicals, plays, and children’s shows.

It is located at 5 South Greenwood Avenue in downtown Hopewell next to the post office and across from the borough hall.

Status should be changed to open.

The motion picture equipment was removed in the 1960s.

Also, the permanent seating was removed in the 1960s and the floor leveled by constructing wooden platforms over the original floor.

The buidling facade is somewhat in a colonial style as is the boxoffice and lobby area. The shell of the auditorium is made of cinder block. Oddly enough, the interior decor and color scheme is clearly art deco.