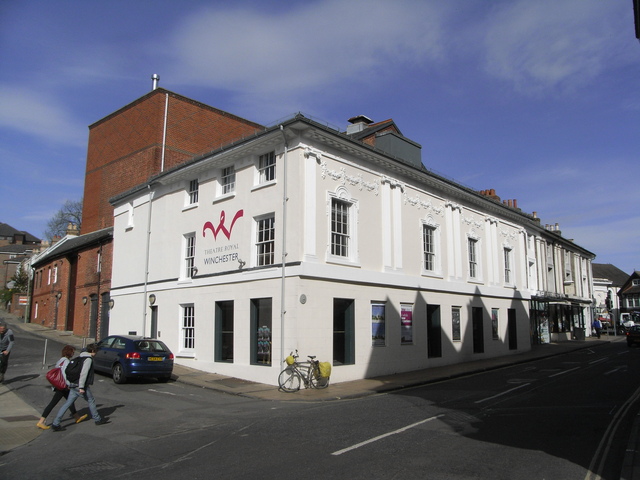 The Theatre Royal opened as a cine-variety house on 24th August 1914 and by 1926 had become more or less a full time cinema. The theatre was a partial adaptation of the 1850 Market Hotel, and the architect for the theatre was F.G.M. Chancellor.

It was acquired by County Cinemas in November 1934 and re-named Royal Theatre, with a seating capacity given as 551. In September 1939, County Cinemas were taken over by by Oscar Deutsch’s chain of Odeon Theatres Ltd.. It was leased to an independent operator from 18th April 1954, and was sold by the Rank Organisation on 28th May 1971 to the Star Cinemas chain. It closed on 29th June 1974 and following the rejection of a plan to demolish the theatre and build a supermarket, it was designated a Grade II Listed building.

It was acquired by a theatre trust and was returned to use in 1977. Since then there have been many improvements made, most notably the extending of the stage and flytower in 1985. In 1989, some films were screened again in the building and it was briefly re-named Cinema Royal. There was a major refurbishment and reworking of the front of house areas in November 2001.

It is now a very pretty theatre seating 400 in the stalls and single balcony. The circle front is extended along the side walls in a series of bow fronted boxes. There is a barrel vaulted and decorated ceiling, and rich plaster embellishments to the balcony front.

Exterior
http://www.flickr.com/photos/stagedoor/140436975/
note the projection room on the upper front of the faÃ§ade.

Most of the second paragraph is incorrect. It wasn’t acquired by the Odeon chain nor the Rank Organisation. You’re getting confused with the Regal/Odeon, North Walls