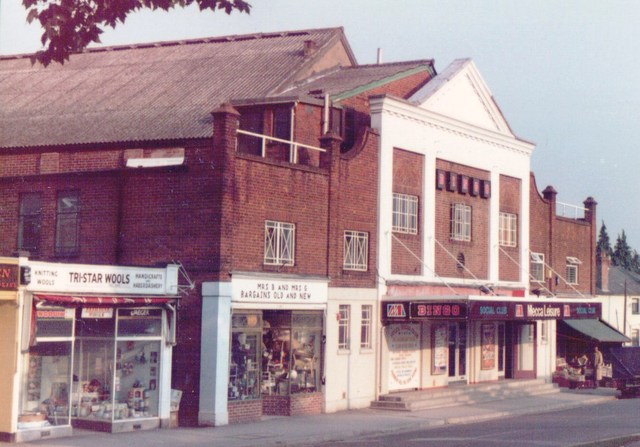 Located on the corner of Western Road and Junction Road. The Palace Cinema, incorporating a small stage and two dressing rooms, opened in 1926 and was designed by F. Henshaw. The cinema also contained a café. It was taken over by the Oscar Deutsch Odeon Theatres Ltd. chain on 6th November 1935 and was renamed Odeon around two years later.

The Andover Odeon was one of a batch of 69 cinemas sold off by the Rank Organisation on 3rd December 1967 to Classic Cinemas chain, and it was immediately renamed Classic Cinema. In March 1971 a 114-seat cinema was constructed on the left side of the stalls seating area. It was named Tatler Cinema Club and screen 16mm uncensored sex films. The rest of the auditorium became a bingo club. From 1st August 1971 the programming in the cinema section was changed to screening Tatler Cinema Club programmes during the first part of the week and general film releases at the end of the week in what was named Classic Cinema. Film shows continued until 13th June 1975. It was restored as a single unit as the Mecca Bingo Club. It was announced that the Mecca Bingo Club would close on 14th August 2022.

Inside it is little altered and is a fine example of a small town cinema.