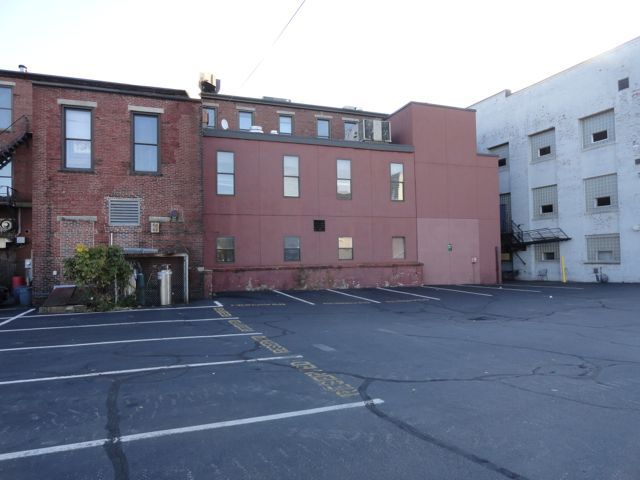 The Tremont Theatre was opened on May 28, 1916. From March 27, 1948 it was renamed Daniel Webster Theatre 1949, following a remodel to the plans of architect Michael J. DeAngelis.

The Daniel Webster Theatre was closed in 1973.

In the long list of movie theater circuits in the 1942-43 Motion Picture Almanac, there is an entry for Shea-Chain Inc. & Affiliates. Its address was 1540 Broadway in New York City. Among its theaters in New Hampshire were the Tremont Th. and the State Th. in Nashua. There was also a Tremont Th. in Claremont NH run by Sharby Theatres of Keene.

This was in the Nashua Telegraph in July 1974:

“The late Duke Ellington and his orchestra appeared and played on the stage of the old Tremont Theater, later changed to Daniel Webster Theaterâ€"now a thing of the past as the building has been torn down. I am not sure of the date that he played there, I think it was in the forties.â€

An ad for Pittsburgh Plate Glass Co. in Boxoffice of May 7, 1949 featured a picture of the entrance and marquee of the Daniel Webster Theatre. The caption named the architect of the theater as Michael J. DeAngelis.

My stepfather was the manager of the State and Daniel Webster theatre from 1966-1974 when the D.W was torn down and the State change owners. I actually helped the workman take down the D.W—which was heartbreaking for a young teenager I went to the movies 3 or 4 times each week and I loved it very much.