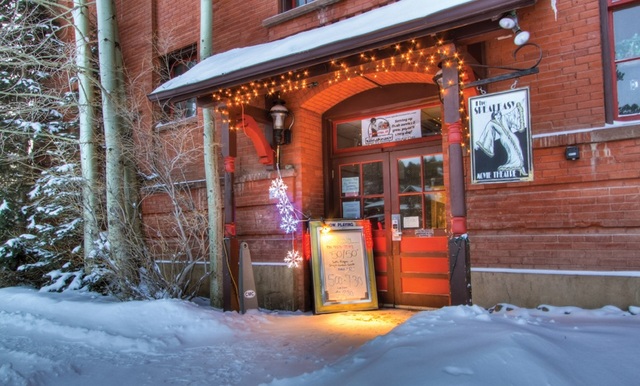 The Eclipse Theater was opened in 1910. It was closed in 1914 for the duration of World War I. It reopened after the war, but closed again in 1941 due to World War II.

It later reopened as the Speakeasy Movie Theatre and was the only movie theatre in Breckenridge. Located in the Colorado Mountain College (CMC) building. Mike Anderson who operated the theatre did the selection of movies. The theatre also featured an art gallery for presentation by local artists. It was remodeled in 2016 and has its own entrance and lobby area. The seats in the auditorium were replaced by funding from donors, who have their names on them. The Speakeasy Movie Theatre was closed during the Covid-19 pandemic.

It was taken over by new operator Breck Film on July 9, 2021 and reopened as the Eclipse Theater in August 2021. It hosts the annual Breck Film Festival every September.