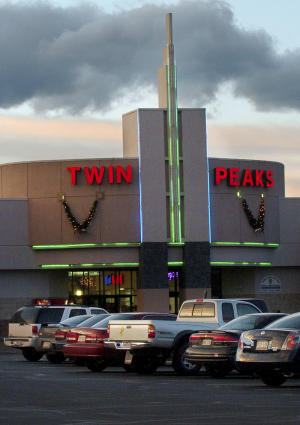 Anthony L. Vazquez-Hernandez on December 2, 2014 at 6:51 pm (remove) The theater should be listed as CLOSED and DEMOLISHED. Its final day of operation was Sunday, July 20th 2014 and the last movie to play in the theater was a 4:40pm screening of “Tammy”. “How To Train Your Dragon 2” was another of the closing day films. The theater was demolished on August 1st, 2014. The theater was closed/demolished due to the fact that the entire Twin Peaks Mall was closed and demolished for redevelopment of a new mall. Regal plans to be opening a 12 screen theater with an RPX screen sometime in December 2015 on the site. The theater was built/opened in 1997 and had completely converted to digital in recent years. The Simplex 35mm projectors were donated to The University of Colorado, Boulder’s Film Studies Department and two of them have been reinstalled in the Visual Arts Center’s auditorium.