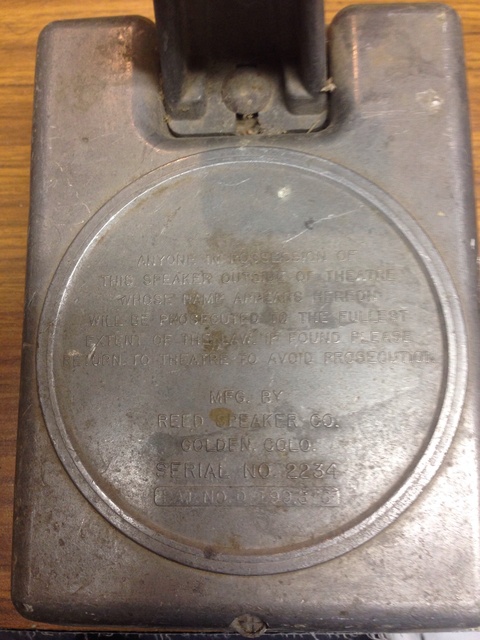 Opened May 25, 1966 with Debbie Reynolds in “The Singing Nun” & Warren Beatty in “Promise Her Anything”. The Havana Drive-In had a 1,400 car capacity so it was a large drive-in. Differing reports say it was demolished in 1982, or 1985. The site is now an apartment complex.

Was a Compass Drive-In Theatres/Wolfberg Theatres of Denver. They should be added as a previous operator.

I was told today by a longtime local tech that this theatre was NEVER a Wolfberg/Compass and my source that thought it was isn’t too sure. I cannot find anything indicating it was one of theirs with the exception of some other CT comments and a few other iffy mentions in the Internet. further info on this would be great.

I worked for Havana Drive Inn Theater around 1968 and 1969 and later in 1971 and 1972. This was one of several “Compass Drive Inn’s” in/around the Denver Metro Area and was owned by Wolfberg (Sp?). Across the street I watched the progress of “Buckingham Square” shopping center being built. Wolfberg also owned the Paramount Theater in downtown Denver. I also worked as a “fill in” when some of the other Compass Drive Inn’s were short handed. The Havana Drive Inn Theater was the largest Drive Inn in Wolfberg Co., with 1400 parking spots that were ALL good spots to park in. It had the nicest LARGE concession stand and modern HUGE restrooms. It was probably by far the nicest drive inn in the U.S. As a matter of interest, One of the other Compass drive Inn’s called “The East” was located on Colfax in Aurora. A Aurora Mayer by the name of Paul Tauer (SP?) moved into a new nearby housing complex. Typical of stupid mentality, the harassment to the theater started big time. After all, HOW DARE he move next to a drive inn theater and be subject to the sound of drive inn noises like cars leaving late at night, speaker noises. The harassment was relentless – A weed to high, noise complaints, constant city “inspections” and what-ever else a Mayer could abuse his power with.

Longtime Denver theatre pioneer Vera Cockrill and business partner Charles Reagan built the Havana in 1966. Mrs. Cockrill also owned the Wadsworth drive in as well as the Denham theatre downtown. Wolfberg eventually took over the operation of both the Havana and Wadsworth drive ins. When they opened, Both the Wadsworth and Havana drive ins had a minuature train ride in the playgrounds. The Havana marquee was 2 separate changeable letter boards both meeting at a giant internally lit yellow triangle spire topped with a red ball.

The Havana drive-in opened on 5/25/66 and became a Compass drive-in on 6/12/67. I am putting together a series of books on the Denver area’s drive-ins and indoor theatres. If anyone has any questions on the subject, please feel free to contact me at and I’ll be happy to share my research with you. Thanks – Ken Mitchell

Just to the left of the streetview photo above, it looks like the ticket booths(and entrance road?) are still there used by the Wells Fargo bank?

The opening double feature for the Havana, “Colorado’s first outdoor motion picture theatre in a garden atmosphere,” on Wed., May 25, 1966 was Debbie Reynolds in “The Singing Nun” and “Promise Her Anything” with Warren Beatty.

I’ve put together a booking history for the Havana Drive-in, from 1966 up to 1978 so far, in case anyone might like to know when a particular movie played there. I’ll be happy to share my research with you. Take care – Ken Mitchell ()