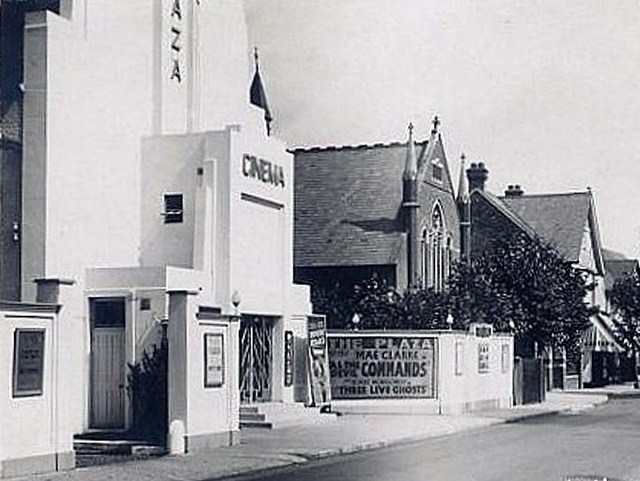 Located in Addlestone, on the extreme south western fringe of what today is part of Greater London. Films were first shown in the Village Hall from 10th February 1910. This had closed around 1918.

The Cinema Royal opened on Station Road around 1917. In the mid-1920’s it was re-named Arcadia Cinema. Operated by Southern Cinemas Ltd. in 1933, it was re-named Plaza Cinema, and they were still the operators in 1953.

The Plaza Cinema closed in 1954, one of the first casualties of Television. Cinemagoers then had to travel the short distance to Weybridge to see their films.