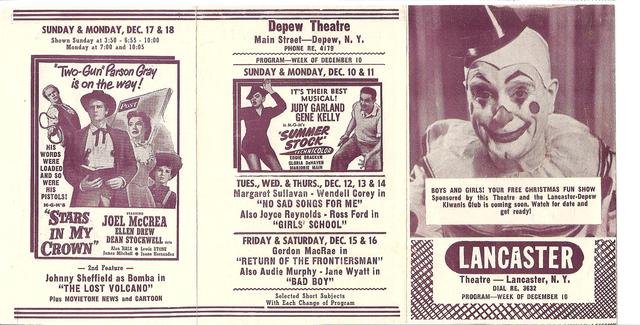 Located near the intersection of Main and Sanilac Streets, this theater was operating from at least 1941 (and most likely much earlier) as the Colonial Theatre, but beginning in the 1945 edition of the Film Daily Yearbook, is listed as the Depew Theatre. The theater was still operating as least into the early 1950’s. The building is still standing today, but appears to be disued.