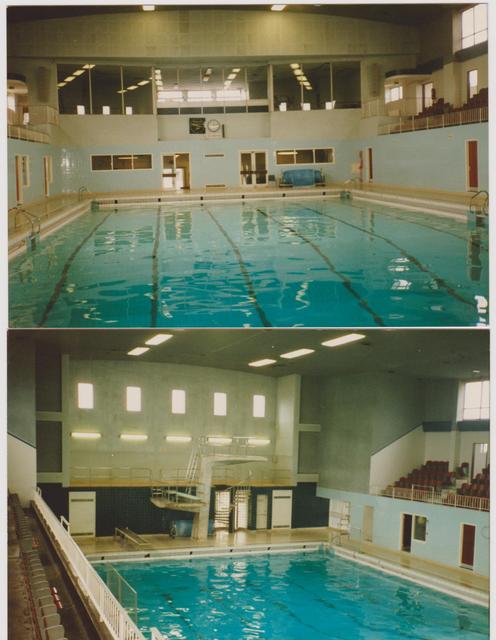 An original Odeon Theatre built for and operated by the Oscar Deutsch chain of Odeon Theatres Ltd. The Odeon opened on 21st October 1935 with Elizabeth Bergner in "Escape Me Never". Designed by architect A.P. Starkey, who was assisted by Frederick Adkins, the main entrance was recessed back from the pavement and was flanked by two shop units. The façade was faced with cream faience tiles, as was usual on Odeon Theatres.

Inside the auditorium seating was on a stadium plan, with a raised section at the rear, rather than an overhanging balcony. Seating was provided for 1,029 in the front and 342 in the raised rear section. There were three troughs in the auditorium ceiling which contained concealed lighting. Horizontal bands ran along the sidewalls.

The Odeon was closed on 16th October 1944 by German bomb damage to the auditorium. After several years building restrictions were lifted, and it was reconstructed to the plans of architect Leonard Allen, and re-opened on 2nd August 1954, with a reduced seating capacity of 1,268.

The Rank Organisation closed the Odeon on 14th January 1961 with Norman Wisdom in "The Bulldog Breed" and "The Final Dream". It was reconstructed internally and was purchased by the local Bexley council and converted into a swimming pool in 1967, and given the name Lamorbey Baths. The baths closed and the former auditorium was demolished in 2008. In 2020 the site was available to build 26 apartments. The façade has been retained

A vintage photograph of the Odeon, taken at its opening in October 1935:
View link
The former Odeon, photographed as the Lamorbey Baths in December 2007:
View link

A photograph from June 1984
View link

Closed as a swimming pool and purchased by the local college, the auditorium section has been demolished, only the facade remains.