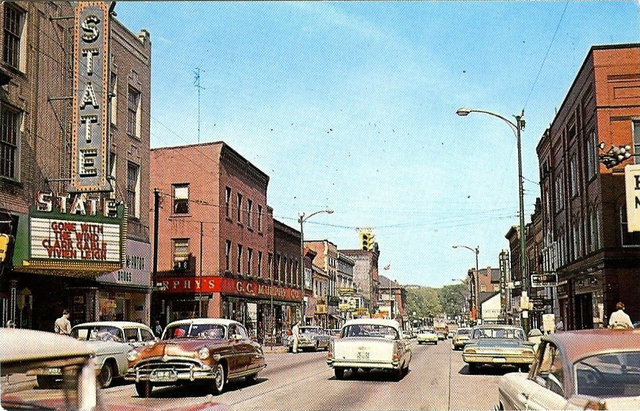 The State Theatre was altered in 1925, as noted in this item from the July 25 issue of Moving Picture World:

“The State Theatre, Salem, Ohio, is undergoing extensive alterations, including a new entrance on the main street. Manager C. V. Rakestraw says the original entrance on a side street was entirely inadequate.”

Virgil Rakestraw was also mentioned in the January 13, 1923 MPW which said that he had been threatened with arrest if he continued to keep the State in operation on Sundays. Rakestraw also operated the Grand Theatre in Salem.