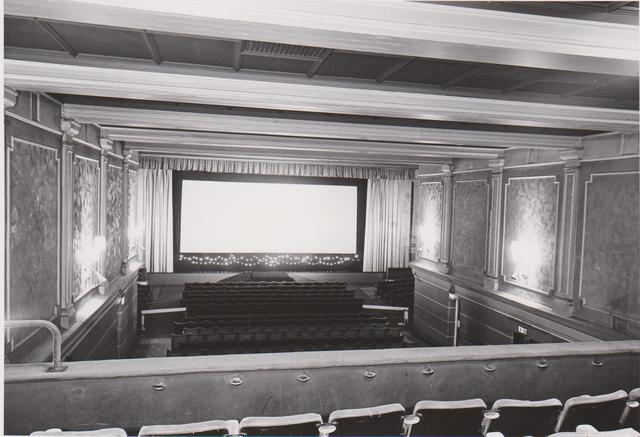 This was the first purpose built cinema to operate in the town of Bromley, Kent, which today forms part of Greater London. The Palais de Luxe Cinema opened on 13th April 1911, with a seating capacity of 470. In around 1922 or 1923, the cinema was enlarged to seat 881 and the facade was modernised.

In 1934 it was taken over by Gaumont British Theatres chain, under their subsidiary Denman Theatres. In 1940, it was closed and taken over by the Government as a food store, which continued until after the end of World War II. In late 1948, it was in use as a demonstation facility for large-screen Television experiments on a 16 feet wide screen, which continued until December 1948.

In 1949, it re-opened again as the Palais de Luxe Cinema under new independent operators and some restoration work was carried out by architect Harry G. Payne. From 7th November 1954, new owners took control and it was re-named Pullman Cinema. In August 1959, another change of operator brought another re-naming to Astor Cinema, and it was modernised again.

The Astor Cinema was closed on 24th September 1977 with John Inman in "Are You Being Served?" and Oliver Reed in "The Ransom". It was converted into an independent bingo club. After around eight years, it was closed and the auditorium was demolished in 1985. The facade and adjoining shops were demolished in December 1988. In 2009, an estate agents office occupies the new building on the site.