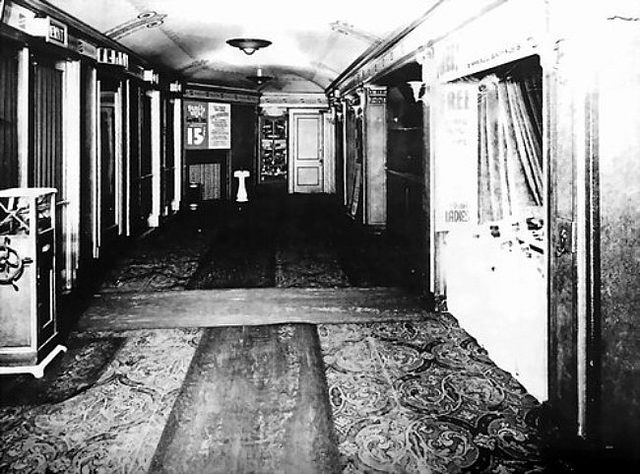 Initially to have been designed by C. Howard Crane, who submitted an earlier design, the Iris Theatre ended up being done by the firm of Mildner & Eisen, in 1916, instead. The theater sat around 880, and was initially a first run film house. It would later switch to second-run and double features before closing in 1954 due to declining attendance.

From 1961 to 1962, the Detroit Theater Organ Club (DTOC) presented organ concerts at the Iris Theatre on the former Fisher Theatre organ while they were having the Senate Theatre rehabbed as their permanent home. After the DTOC left, the Iris Theatre stood vacant for a few more years before being torn down.

(Monday, June 25, 1945) Poisonous Fumes Kill 2 Theater Employes
DETROIT â€" (AP) â€" Two theater employes were asphyxiated and three other persons were affected as poisonous fumes seeped into the cellar of a Detroit theater Sunday.
An audience of more than 300 was dismissed from the Iris theater as traces of the gas reached the main floor.
Police said George Spaeth, 65, manager and Charles L. Babcock, 22, were stricken fatally when they went to the cellar to investigate a strange odor.