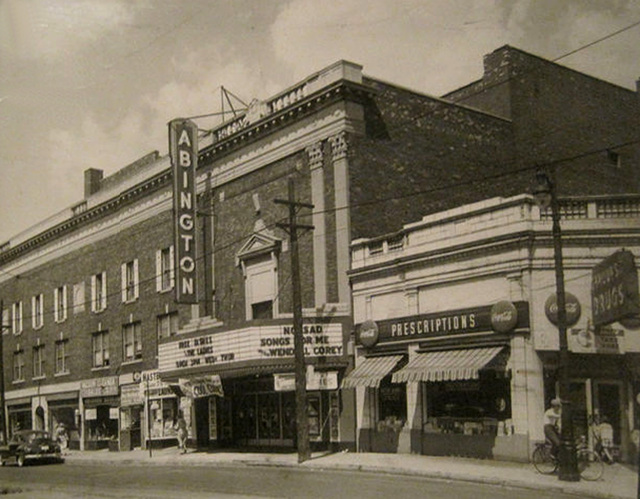 Another moderately-sized neighborhood movie house, the Littman-Peoples Theater opened in 1927.

It was designed by Maurice H. Finkel, better known for his Michigan Theatre in Ann Arbor, which opened a year later.

From 1938 until closing in 1941, it was called simply Littman’s Theater, then remained disused until 1945 when it was reopened as the Abington Theater, but closed again in 1953.

Once more, it reopened in 1956, with yet another name change, the Goldcoast Theater, which would also last the shortest, since it closed for good two years later.