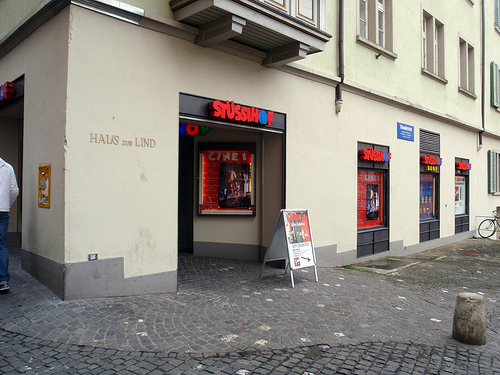 Located in the idylic Old Town Niederdorf quarter of Zurich, the Kino Stussihof opened on 6th October 1960 with 200 seats in its single auditorium.

Later twinned, it was considered the most famous of the city’s sex cinemas. It was closed in 2012. It was re-opened in 2014 as an art-house cinema.