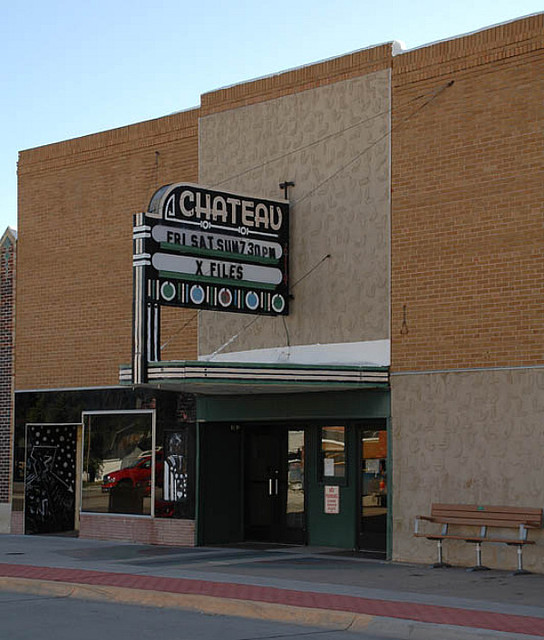 Here’s a web link to the movie calendars for both the Chateau and the nearby Zorn Theater in Benkleman, NE.

The Chateau Theatre was built in 1937 by Dr. Frank Rider and his wife. The grand opening was held on June 30, 1937. The Rider’s operated the theatre until the late 1960’s. The theatre couldn’t compete with television. In 1971 the Wauneta Commercial Club purchased the theatre and made the necessary updates to the building but the theatre still struggled through the 1980’s. The theatre clossed again in 1989. In 1993 the theatre weas rescued again by two teachers. A fund raiser was held which produced 75K for the necessary renovations. Of the 75K 25K came from the Rider family. It was reopened in 1994 after the renovaations were completed. The theatre is now used for movies shown each week end (first run) and other community aactivies. The theatre has even amde the conversion to digital projection and sound. It is still operated with a all community volunteeer staff.

In its March 21, 1960 issue, BoxOffice thought the Chateau, operated by Dr. F. E. Rider, a dentist, was closed permanently.