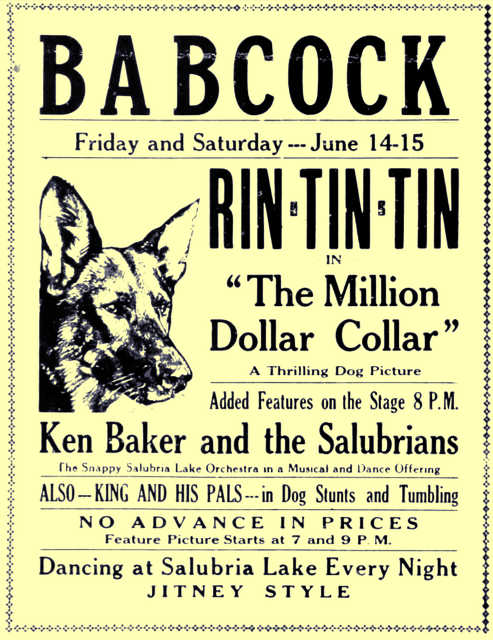 According to the Wed., Dec. 24, 1924, issue of the Steuben Farmers Advocate newspaper, the Babcock Theater would open Christmas Day (Thursday), 1924, with “7 Keith Big Time Vaudeville Acts.” The vaudeville had a 3-day engagement. On Friday and Saturday (Dec. 26-27), a movie program shared the bill: Colleen Moore in First National Pictures' FLIRTING WITH LOVE, and a “Larry Semon comedy.” The first film-only program followed Dec. 28-29 (Sun-Mon), Vitagraph’s swashbuckler CAPTAIN BLOOD starring J. Warren Kerrigan. There were no matinees on Sunday, but matinees at 2 and 4 PM on Monday. The newspaper story makes no mention of musical accompaniment.

The October 24, 1923, issue of the Hornell, New York Evening Tribune said that excavation had begun for the foundations of a theater to be built adjacent to the Bath National Bank in Bath. The bank is now called Five Star Bank, and is still standing at 44 Liberty Street. The building just north of it has the name Babcock on its parapet. The theater entrance was to have been in the middle bay of the building, so the address was most likely 48 Liberty Street.

The article said that Bath had been without a theater since the Park Theatre had burned down the previous year. The new house was to be operated by Associated Theatres, a circuit based in Rochester. This Facebook pagehas a photo showing part of the marquee of the Babcock Theatre advertising the 1939 film Union Pacific.