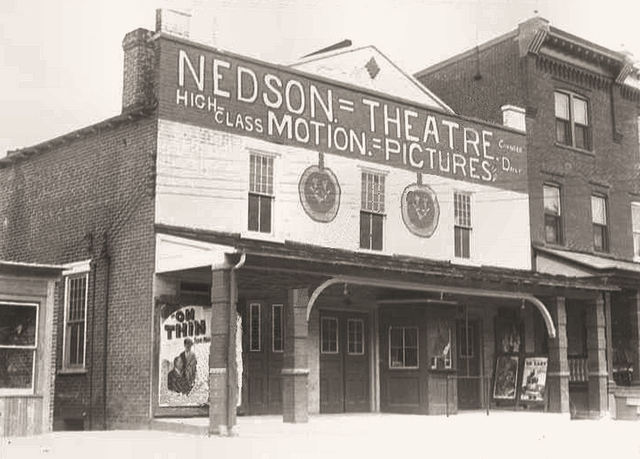 Here is another 1986 photo:
http://tinyurl.com/yehtmew

I wrote an article about the Allen Theater on Wikipedia

Any pictures anyone? Does anyone know who the architect was or in what style the theater was designed? Please share. Thanks!

Some confusion might have arisen due the existence of an earlier house called the Allen Theatre, operating in the 1910s, at Second and Hamilton Streets. This earlier Allen Theatre was mentioned in the July 1, 1916, issue of The Moving Picture World.

This photo of the Nedson Theatre is dated between 1916 and 1926. The movie advertised on the poster out front might be the 1925 film On Thin Ice.