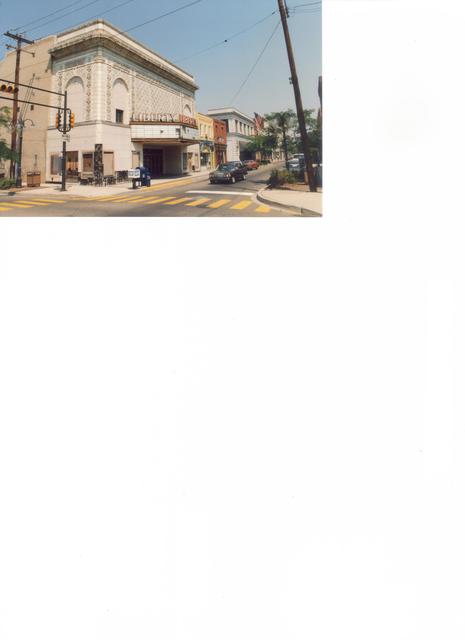 The Liberty Theatre was opened by the Rowland and Clark Theaters chain on May 2, 1921. By 1941, it was operated by Warner Bros. Circuit Management Corp. It was still open in 1955, but had closed by 1956. During the early-1980’s it was used for a recruiting office for the Army. It was on the corner of 5th Avenue and 8th Street.

It has been demolished and there is a vacant lot where the theatre once stood.

I wonder how much success that recruiter had selling people from inside a dilapidated old theater. Knowing those guys I suppose it probably didn’t matter too much.

The April 3, 1920, issue of The American Contractor said that the contract had been let for the Liberty Theatre:

A document prepared for the nomination of the New Kensington Downtown Historic District to the NRHP says that the Liberty Theatre opened on May 2, 1921.

The 1921 Wid’s Year Book lists the Liberty and Star Theatres in New Kensington among the ten theaters then being operated by Rowland & Clark.

Uploaded a larger photo of the Liberty Theatre to the photo section.