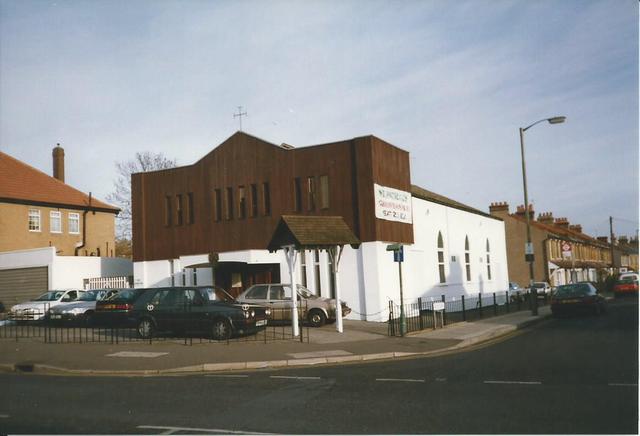 Located in on the corner of Red Hill and Albany Road, Chislehurst, which today is part of the south-east of Greater London. The Cinema opened on 23rd January 1930, and was a conversion by architect J.B. Farringro of a former hall. It was independently operated throughout its life by C. Cripps.

The Cinema closed on 3rd December 1960 with John Wayne in “The Horse Soldiers” and "Lifeline".

It was converted into St. Patrick’s Roman Catholic Church, and even today still retains its original tip-up cinema seats and the raked floor. The former projection box is now an organ loft. The original box office in the foyer now contains a holy water stoop inside it.

The Cinema opened on 23rd January 1930 seating 270 on one floor. C Cripps and W Fletcher were local builders based in Albany Road. Talkies began on Monday 7th July, 1930. The cinema was managed by Roy Cripps, son of C Cripps. Closed on 3rd December, 1960.

Sorry to have to correct (yet another) listing on this unfortunately very poorly (if at all) researched site, but it was simply not the case that the Chislehurst Cinema was a ‘conversion’ of a former hall as stated.