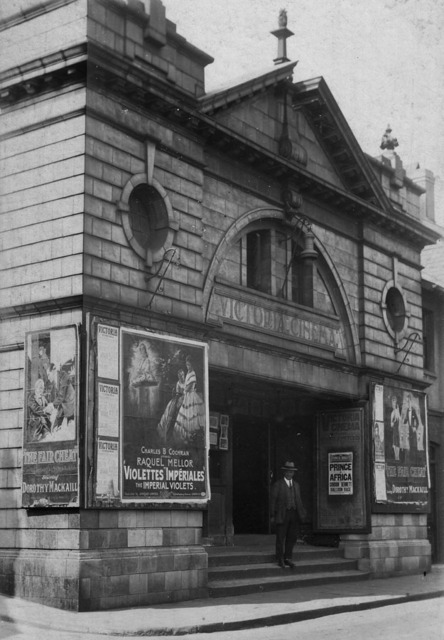 Located in Dowlais, near Merthyr Tydfil. The Victoria Electric Theatre was an early cinema, dating from the 1910’s. It was operating under that name in 1937. By 1944, it was known as the Victoria Cinema. Still open in 1954, it had closed by 1963.

It was another small purpose built cinema with a classic South Wales Valleys facade.