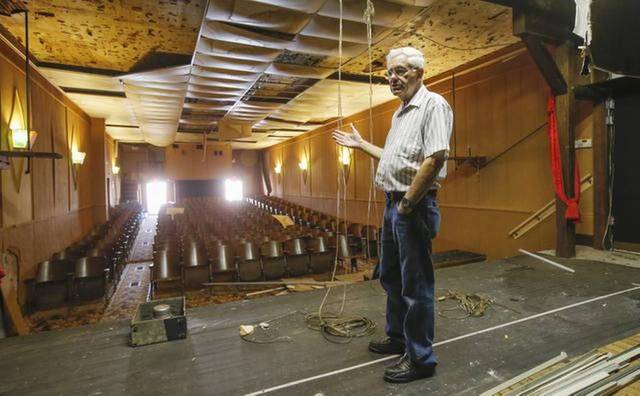 Darrell Albright stands of the stage of the Civic Theatre in Pretty Prairie. The theatre opened in 1936 and had closed by the 1970s. Albright moved there in 1982 and reopened the theater with his wife, Joyce. They showed old movies and had play productions in the building until the summer of 2013 when a storm ripped through Pretty Prairie and high winds tore the roof off the building. The theater hasn’t reopened since the storm, but there is a plan in the works to have the high school students take it on as an entrepreneurial project. (Travis Heying/The Wichita Eagle)