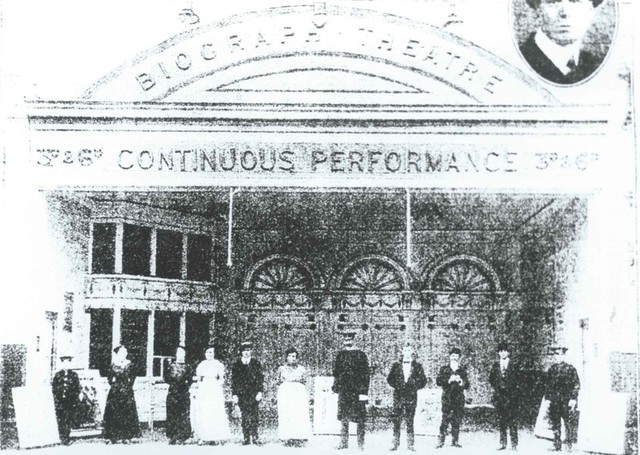 By February 1912, the seating capacity had been increased to 700, and a sliding roof had been installed, to be used during hot summer nights.

The Biograph Theatre was closed by 1917, and it was demolished in the early-1920’s, and a F.W. Woolworth store was built on the site. In 2009, a Superdrug store and other retail units are on the site.