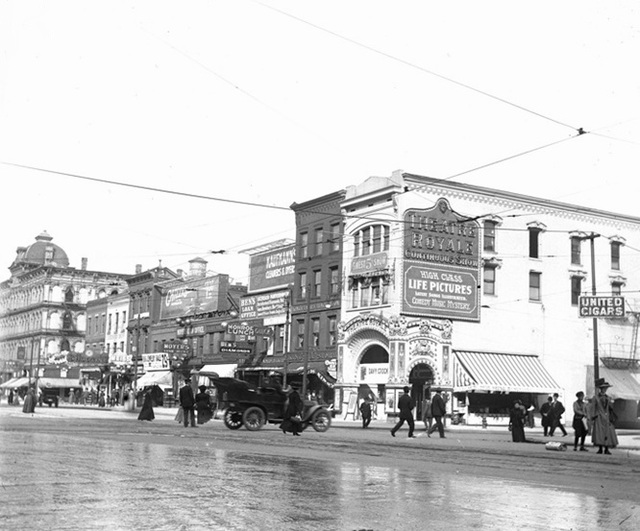 Opened as the Star in 1907, this nickelodeon-turned-movie house was renamed the Theatre Royale after about a year. It was neighbors with the smaller Liberty Theatre, which, like the Theatre Royale, was located on Farmer street, in the heart of Detroit’s first theater district.

By 1922, the Theatre Royale, also known simply as the Royale, was closed. The entire block which contained both the Royale and Liberty was demolished many years ago.