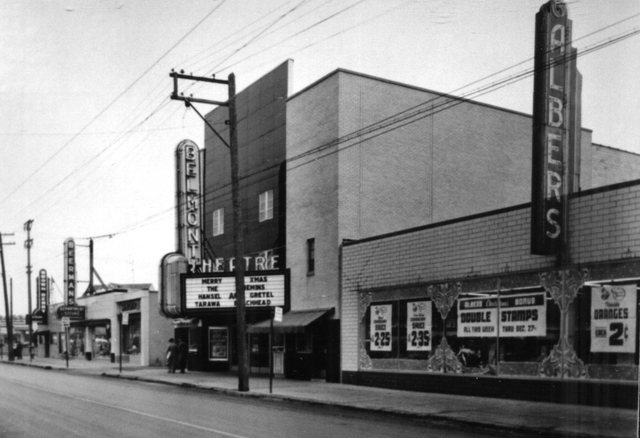 The Cinema East was destroyed by an early morning fire on June 5, 1973.

This was a Bob Mills theater. He also had the Cinema South, Washington Square, and Cinema Centre Twin Cinemas in the Dayton area. The Cinema East was a neighborhood theater the mostly ran sub-run double features, but also ran some first-run features. The theater itself was fairly plain with a small lobby area, but had nice seating and a large deep-curved ‘scope screen.

The Belmont theatre had a nice balcony where we always sat.

This reopened as Cinema East on August 20th, 1965. Grand opening ad in the photo section.