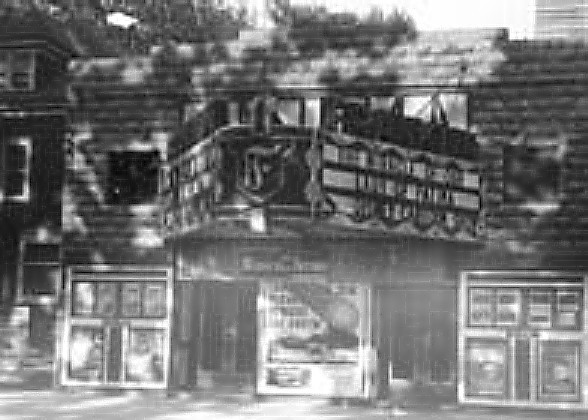 The Franklin Theater was listed as operating in the 1914-1915 edition of American Motion Picture Directory. It was still into the 1980’s, when it was screening adult movies.

The Franklin Theatre looks like it was a very nice little theatre that was allowed to fall by the wayside before closing its doors. Too bad.

This theater may have been called the Franklin Art in 1973, according to Boxoffice magazine:
http://tinyurl.com/ygvy9af

RE: kencmcintyre on March 14, 2010 at 9:23 pm This theater may have been called the Franklin Art in 1973, according to Boxoffice magazine: (heres a better link from the Landmark Syracuse page)

Here is a fresh link to the Boxoffice item kencmcintyre linked to earlier. The item is about the outcome of an obscenity trial involving the theater’s manager.

My name is George Read and here is my connection to the Franklin. In 1950, at the age of 16, I went to work at the theatre as doorman and worked my way up to assistant manager. In 1955, I was drafted into the Army for two years. While in the service, I worked at the theatre at times when I was home. I got out of the service at age of 21 and took a three-year lease on the theatre as the previous owners, Mr. and Mrs. Rapley Merriman (who ran the theatre from almost the year one) decided to retire. I took over the theatre on August 8, 1955 and ran it until December 31, 1959. Declining business was the reason for closing. Almost immediately, I went to work for Kallet Theatres at their Genesee Theatre, remaining in their employment until February 15, 1974 when the theatre was taken over by Cinema Natinal Theatres. Getting back to the Franklin, it was a third run house until I started to run first-run art and foreign films, mostly from Rank Film Distributors of America. A theatre owner from Rochester reopened the Empire Theatre downtown with the same policy and I couldn’t afford to continue to operate, thus forced to close.