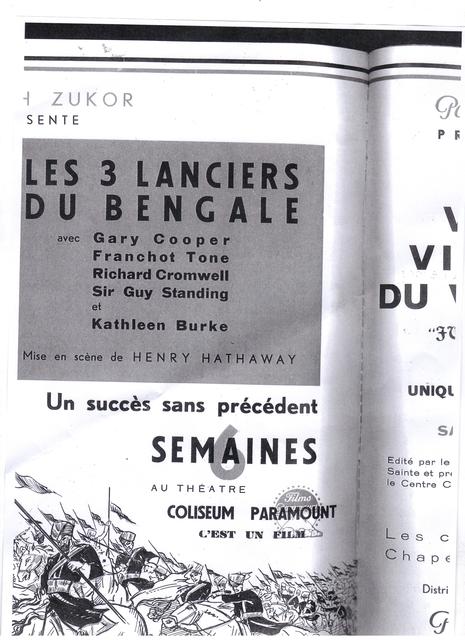 Opened in 1919, in the Rue des Fripiers, opposite the Victoria Cinema. Initially an independent cinema operated by Mr van Goidsenhoven, who was a pioneer Brussels cinema exhibitor. It came under the control of Paramount distributors being re-named Coliseum Paramount Cinema in the 1930’s. “No, No Nanette” was shown here, as well as “Lives of a Bengal Lancer” with with Gary Cooper.

It was closed in 1948, and was demolished in 1951 to build the commercial gallery, Galerie du Centre, in which the Aventure Cinema was opened in 1954. That is still operating today, but in 2009, was temporary closed for renovation, and re-opened in early-2010.