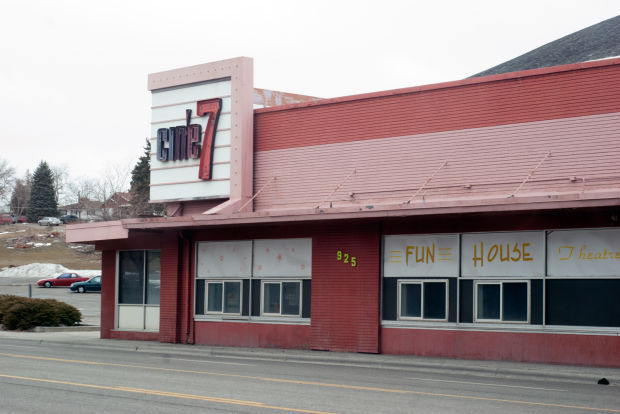 The Funhouse Theatre’s original name was the Cine 3 when it opened on November 19, 1971 and was advertised as the ‘First Triple Theatre Complex in The Northwest’. Carisch Theatres was the operator of the cinema, located in a former Safeway store, which included plenty of free parking and retail shops.

The original auditoriums had 457, 309 and 196 seats. The Billings Gazette noted that Carisch also ran the Sage and Motor-Vu drive-ins in Billings. “Play Misty For Me”, “Kotch”, and a revival of “Lawrence of Arabia” were on the opening program.

When Carmike Cinemas, its operator shut it down on May 5, 2007, it was a discount house called the Cine 7.

On July 23, 2007, Riley and Vickie Cooke opened the Funhouse as a family-friendly destination. Their plans were to turn it into a movie tavern charging a $2.00 admission with beer, pizza, espresso and reduced concession prices. Unfortunately, they were only open less than a year and in its waning days only open for three weekend days until it closed on July 13, 2008. One reason given was that they couldn’t get the films until the local Carmike theaters were finished with them and then they were nearly ready for DVD release. Adding to the problem was that on June 8, Carmike announced the construction of another 14-screen cinema in Billings.

The Gazette said the Cookes were going to devote their time and resources to their Amusement Park drive-in, which they said was very successful. The building is still owned by Mr. Carisch, the 1971 developer. 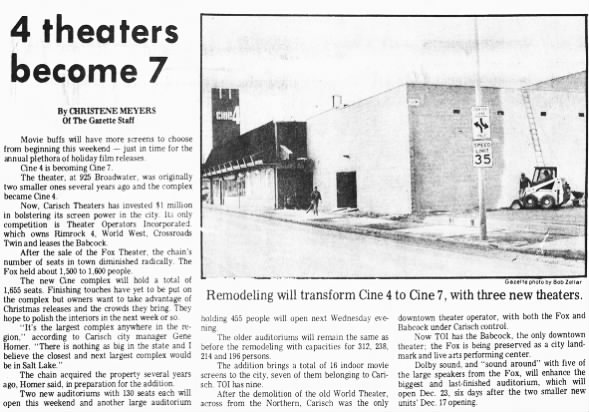 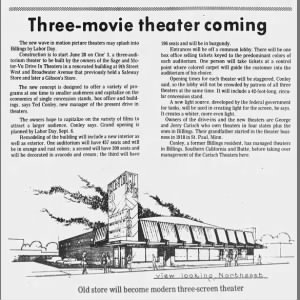