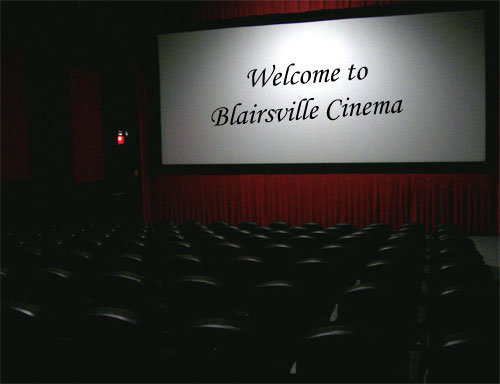 The Bald Mountain Cinema was designed by its owner/operator Tom Holloway and architect Lawrence Corley. It opened in 1993 and screened first run movies.

Tom Holloway created the cinemas in order to provide much-needed entertainment activity to the area. The addition of a first run cinema was an important element in attracting industry and jobs to the area.

The Bald Mountain Cinema was successful and was sold in 1999 to Terry Morrison, who continued to operate them until around 2006. In 2012 it reopened as the Blairsville Cinema.