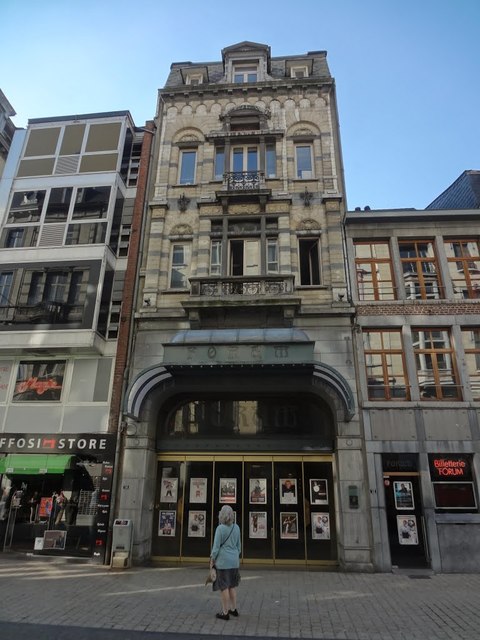 The Forum Theatre opened on 22nd September 1922. It was built as a variety theatre, but over the years it also had some cinema use.

Well known artists who have appeared on-stage at the Forum Theatre include: Jacques Brel, Louis Armstrong, Ray Charles, Miles Davies, Ella Fitzgerald, Edith Piaf, Charles Aznavour, Yves Montand & Barbara Hendricks. The Forum Theatre was the cinema chosen by MGM to give the first demonstration in the world, of their widescreen process.

In the 1950’s it was equipped in Vistavision. Yul Brynner attended the premiere of The Ten Commandments.

In the photos section, I posted pictures done in November 2019 when I went to the concert of film scores composed by John Williams and Hans Zimmer.

In its last few years of operation as a cinema, it was an example of premium theatre in the hands of people who know nothing about cinema and have no idea on how to conduct such a venue. I remember seeing Superman 2 and The Empire strikes back in a crowded auditorium when I was a kid. Then on the other hand they showed a bunch of Chinese karate comedies with Jackie Chan, which I went to see on Saturday afternoons with a school mate and there were about 100 spectators, on a Saturday matinee!